How to play Microsoft’s X-Cloud Game on Your Android Device? 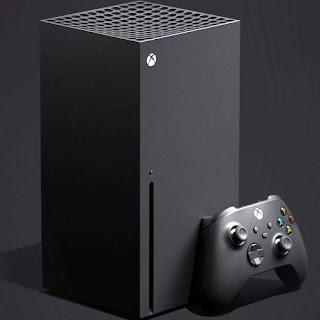 Playing Microsoft’s xCloud Game on your Android is a truly a new experience and if you want to know how to, read along.
Initially, Microsoft revealed about the Microsoft’s xCloud Game back in October 2018 where they showed footage of player live streaming Xbox games in their smartphones.
They played games like Forza Horizon 4, Gears 4, Halo 5 either by using an Xbox One game control or the controls on the touchscreen.
Being able to stream and play console as well as PC games on a mobile device is a dream and Microsoft has made it into a reality with the Microsoft’s xCloud Game.
The game streaming service is officially live now. You can play more than 150 Microsoft’s xCloud Game on your Android device.
All you need to do is subscribe to Xbox Game Pass Ultimate, have an android device and a gaming controller.
However, for iOS devices, they won't get access to the xCloud as Apple and Microsoft had a clash over it.
Apple wanted the xCloud Game pass must meet the App Store's guidelines. They asked Microsoft to individually submit their games as separate apps using its streaming tech.
Microsoft wanted to offer the services on iPhone and iPad, due to this, they called off the deal as it will create a bad experience to the customers.
Never the less, if you're an Android smartphone user, let's look what you need to do to quickly try the Microsoft’s xCloud Game.

What do You need to Play Microsoft’s xCloud Game on your Android device? 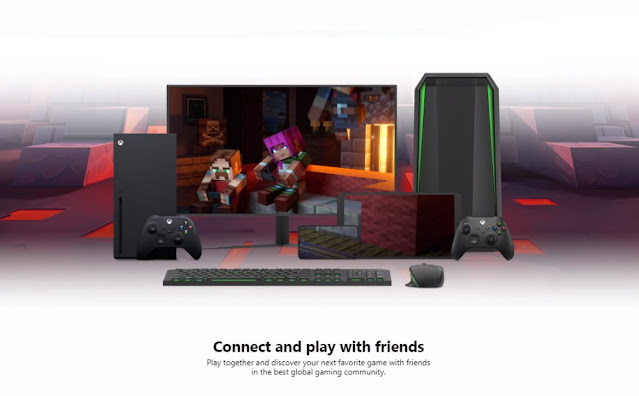 The xCloud service cost $14.99 per month. It comes with a catalogue of the Game Pass games for both console and PC, discounts on games and Xbox Live Gold for multiplayer.

You will need an android device to download the Game Pass app.
It should be running on android version 6.0 Marshmallow or later and Bluetooth 4.0 or greater to stream and play xCloud games.

A Strong Wi-Fi or Cellular Network

How Will You Play Microsoft's xCloud Game on your Android device?

First, you need to download the Game Pass App from the Play Store.

There might be two apps on search results as Microsoft released the Beta version of it. Make sure you download and install the “Green” coloured one.

If you're going to use a wireless controller, connect it via Bluetooth and if it's a wired controller, use an OTG adapter to connect it to your device.
You can run the run without using a compatible gaming controller.

Finally, Launch the App & the Game

You May Also Read Here About How To Secure Your Network While You Play Online Games?

Popular posts from this blog

What System Requirement Need For IOS In PUBG?

May 23, 2020
Enjoy PUBG Mobile iOS To Delight YourselfApple Inc. offers world's finest smartphones. According to the leading tech experts, iOS running mobile phones deliver phenomenal performance in comparison with all other gadgets. For the same reason, playing PUBG 'PlayerUnknown's Battlegrounds' upon PUBG Mobile iOS proves an exciting affair. Therefore, drop all other gaming options on backseat and start the procedure now to own an iOS running device and install PUBG to match the standards with latest gaming trends.

You will never go through any kind of problem or inconvenience when it comes to purchase iOS running gadget from Apple. Approved outlets are easy to locate at the strategic locations of the city. Reach at the nearest one to complete purchase exercise with ease and comfort. Nevertheless, it is important for you to know that Apple maintains strict security policies to keep subscribers away of different kinds of security threats. Consequently, you essentially have to …
Post a Comment
Read more

Do You Want To Know The Top UV Light Sanitizers Of 2020?

July 15, 2020
Since the internet was down, I started reading this health journal which comes weekly at my place. It was a weird article which said ‘You carry diseases on your fingertips.’

That drew my attention and I realized that we are living within the threat of a pandemic disease; It was then when we thought that we should review and mention some of the best Ultraviolet Light sanitizers that can completely remove germs and viruses from your PC, Mac, laptop, phones etc. by sanitizing them.
Viruses and germs are everywhere, the Laptop screen on which you are reading this to the mouse you will be using to scroll down, from your wallet to the door knobs, from the steering wheel of your car to your Smartphone that you even carry to the washroom, everything has a virus! Now imagine how dirty the restaurants, hotels and public toilets? Such devices and places need to be sanitized from time to time.
Anything you touch can be a carrier of viruses such as Corona Virus, H1N1, and Swine Flu etc. When you s…
1 comment
Read more

September 23, 2020
Hyperstech is a company that is established in Estonia. Also, that offers a selection of various products on its website—one product which consumers may come across maybe the Hyperstech MuscleRelax Pro.
What is MuscleRelax Pro?Just depends on the name of the item, it seems to be considered a system which may alleviate muscle stress and discomfort. Regrettably, there appears to be too little information on the item webpage on what the merchandise is, and how it works, and also the elements of the product.

At the absolute minimum, the item webpage provides an image of the device and five components. The idea would be useful if the brand defines what each feature is and precisely what it does. Without any descriptive data, it is hard to explain what MuscleRelax Pro is and what it really will.
A Comment SectionAs well as providing the name and image of the product, the product webpage additionally includes three opinions from individuals who claim to have purchased the item. Although the…
Post a Comment
Read more